Share a memory
Obituary & Services
Tribute Wall
Read more about the life story of David and share your memory.

It is with great sadness that the family of Mr. David Smith, 78, of Swainsboro announce his passing of January 5,  2023, after a brief illness. He was reunited with his beloved son, and best buddy, Chad Smith, who passed away on Christmas day 2015.  David was born on March 14, 1944, in Americus, Ga, to the late C.O. and Elizabeth Smith.  In addition to his parents and son, he was preceded in death by his sister, Shirley Bell, and niece, Angie Bishop, both of Americus, Ga; mother and father-in-law, Pearl and Reynolds Johnson of Swainsboro.

After graduating from High School, David applied for a job with the Georgia State Patrol.  He was asked by the captain in Atlanta if he would consider going to Swainsboro for employment.  He agreed but had never heard of this small town called Swainsboro. He accepted the job of License Examiner at Post 19, and always said, this was the best decision of his life, because he met many life long friends, especially the love of his life and companion, Beth.  He was here only 3 months when she entered his life after applying for her first license.  Needless to say, she got her license and his attention.  They soon married and have been inseparable for 53 years.

David joked, marry then young, and train them like you like them.  Anybody that knows Beth, knew this would never pan out.  The couple enjoyed traveling and visited many places that caught their fancy.  Riding motorcycles with a group of friends never got old.  They also enjoyed trying out restaurants, to find the best ones.

After working for GSP for several years, he attended Georgia Southern University and received a degree in Criminal Justice.  He continued to stay in touch with many friends from his graduating class.

David retired in 1999, after 34 years of service.  He was Chief License Examiner, traveling though-out Georgia.  Many still talk about that tall guy, as the one they got their first drivers license from.  After retirement, many days were spent fishing with his buddies and bragging on their catch of the day.  Every morning was meet-up-time at Waffle King for the same group to discuss whatever was going on.

He continued with his wallpaper business that he started in 1972, and was considered the best of the best.  David had the gift of gab, not even trying, he was extremely funny, because of his dry humor.

He is survived by his wife Beth; daughter-in-law, Fauna Smith of North Carolina; sisters-in-law, Polly Johnson and Janice Newton, both of Swainsboro, Sonya Hart of Zachary, L.A.; brother-in-law, Ronnie Johnson; fur babies, Fuzzy and Blondie; several nieces and nephews and many friends.

He will be sorely missed by many friends and family.  A celebration Life will be held at a later date.

To send flowers to the family or plant a tree in memory of David Smith, please visit our floral store. 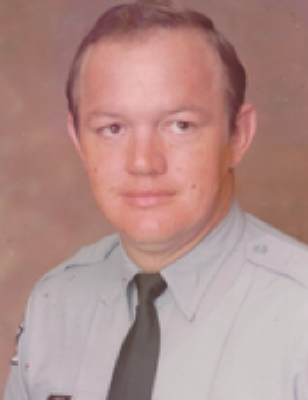 Look inside to read what others
have shared
Family and friends are coming together online to create a special keepsake. Every memory left on the online obituary will be automatically included in the book.

Family and friends are coming together online to create a special keepsake. Every memory left on the online obituary will be automatically included in the book.

You can still show your support by sending flowers directly to the family, or by planting a memorial tree in the memory of David Smith
SHARE OBITUARY
© 2023 Chapman Funeral Home GA. All Rights Reserved. Funeral Home website by CFS & TA | Terms of Use | Privacy Policy | Accessibility