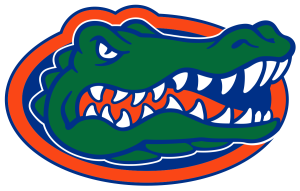 Mr. Cranford was born June 25, 1952, in Concord, NC to Julius Alexander Cranford, Sr. and Mildred McManis. He was preceded in death by his parents. Mr. Cranford was a fantastic cook and made the best breaded shrimp. He, along with his wife, Barbara, owned The Clock restaurant in Gainesville, FL, for nearly 30 years. Mr. Cranford loved watching the University of Florida Gators and spending time with his fur babies, Precious, Petey, and Max. He was a member of Eastwood Church of God.

Funeral Services will be held at Wilkinson Funeral Home in Concord, NC, followed by interment at Kannapolis Cemetery in Kannapolis, NC.

Chapman Funeral Home of Swainsboro is in charge of the arrangements for Mr. Julius Alexander Cranford, Jr., 70, of Swainsboro.

To send flowers to the family or plant a tree in memory of Julius Alexander Cranford, Jr., please visit our floral store.

A Memorial Tree was planted for Julius

Join in honoring their life - plant a memorial tree